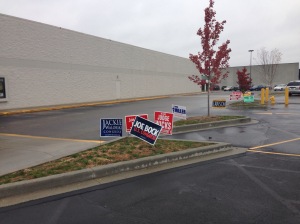 Today is election day. As citizens of the United States, I believe that voting is one of the most important things we can do. I have voted in every election (and most primaries) since I turned 18.

About six months ago, a candidates that I have voted for in the past and planned to vote for again came out in favor of (and may have even co-sponsored) a bill that would take away freedom instead of protecting it. I said then and there that I would never vote for him again. And today I voted for the Libertarian instead of him because I agreed with the Libertarian. It’s a whole different feeling at the polls when you vote FOR something instead of AGAINST.

Go and vote today. It’s important. We should all be taking part today. (Please vote only if you are a citizen of the United States, registered and alive.) If you want more information on voting in your area, you can check out this website.

Around here, we take voting seriously and dress for the occasion. 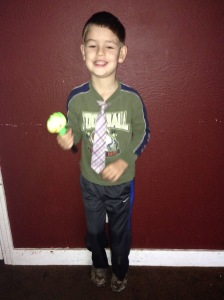